Smoking is terrible for us. By now, we all know that. We know the risks of second-hand smoke too, but we often ignore the dangers of smoke ‘residue’ left in the environment. Studies have linked this so-called third-hand smoke residue with DNA damage and cancer, among other things. And then, of course, there’s the smell. Unless you enjoy the smell of stale cigarettes, tobacco, smoke and related odors, you are going to want to get rid of that stuff.

This doesn’t apply just to smokers either. If you buy a used car, a house, or almost anything that was exposed to cigarette smoke, it will have been affected. Cigarette odor removal is something many people are going to have to deal with, even if they have never smoked. Perhaps the people who need a good cigarette odor remover the most are those who have quit smoking and non-smokers who despise the smell. The last thing you want is a lingering smell that might encourage them to start again or deter a potential customer from buying that house, car or clothing item.

So, how can you remove smoke odor from clothing, cars, carpets, and all the rest? There are many options available. They range from passive solutions, where you add something to the environment and assume it will absorb all the bad material, to active products that allow you to go after the root of the matter. The following are the Top 5 Cigarette Odor Removers for 2020 starting with least effective to most effective.

Charcoal, yes, the stuff that makes a BBQ hot, can be useful in cigarette odor removal, at least to a degree. To be honest, it’s not quite the same stuff that you use in a BBQ. “Activated” charcoal is manufactured in such a way that its surface is covered with a mass of microscopic pores. These catch odor molecules in the atmosphere and sequester them in the charcoal. The odor is removed directly from the atmosphere. Furthermore, they also remove excess moisture from the atmosphere.

Charcoal bags, then, can work as a cigarette odor remover, at least from the atmosphere. They have no moving parts, don’t need electricity, and can be reused (just leave them out in the sun for a few days). However, they only remove the smell from the atmosphere temporarily. They don’t get to the actual source of the odors, which is the tar, nicotine and smoke residue. If you want to remove smoke odor from clothing, for example, a charcoal bag is not going to work.

Fresh Wave is a totally biodegradable product, made from plant-based ingredients. It is non-GMO, non-toxic, and represents noT hazard to people or pets. The material in the gel slowly evaporates and reacts with odor creating chemicals, breaking them down. A single jar of the gel will last 30 to 60 days, and requires no further action.

While Fresh Wave works as a cigarette odor remover it has the same drawbacks as charcoal bags. It doesn’t get to the source of the odor, it simply masks the smell. While it does give you a pleasant-smelling environment, it deals only with the symptom, not the cause. If you have a major problem with items in your environment being contaminated with cigarette and smoke residue, it will not deal with that basic issue.

Zep Smoke Odor Eliminator is a well-regarded and reliable means of clearing smoky smells from an environment. The product comes in a spray can and can be used just about anywhere. If you want to know how to remove airborne smoke smell from a car, for example, this might be just what you need. It works with all sorts of smoke smells, not just tobacco. Zep can remove marijuana and wood smoke smells, and has a pleasant odor itself.

Zep is an effective treatment for immediate smoke smells in the air, and unlike more passive methods, it can be sprayed directly in response to, say, someone having recently smoked in your car or home. Unlike passive methods, it gives you more control over where, and when, you deal with the problem of smoke odors in the short term. However, like many options, it is intended to deal with odors that are in the air, not their source. If your aim is simply to make the air smell better after someone has smoked in your house, that’s fine, but if you need to deal with a more permanent contamination of walls, fabrics, clothes or carpet, it’s not going to be successful over the long-term.

Like Zep, Ozium is an odor eliminator. Many so-called air fresheners simply mask an odor, Ozium actually destroys the airborne contaminants giving you an immediate relief from the smell. This is why it comes in 2nd. The product was originally designed to help fight airborne bacteria in hospitals, but is now available for consumer use. By killing airborne bacteria that produce odors, it reduces the general odor in the environment, and it is particularly useful as a cigarette odor remover. If you want to know how to remove smoke smell from a car, then spray Ozium in the car, leave overnight, and it should be much better the next morning. But again, it’s not getting to the root cause of the odor.

Ozium is a strong contender but make sure you read the instructions. The instructions on the packaging make it clear that it should not be sprayed on walls, drapes, varnished surfaces, etc. This is a product that is going to clear the smell of smoke right out of the air, but is not going to remove smoke odor from clothing, carpets or fabrics where residues embed themselves. For truly effective odor removal, you need to eliminate the source of the smells which lies in the tar and smoke residues left behind.

The products listed above are excellent for smoke and cigarette odor removal from the air over the short term. If you want to attack the cause of the odor you need something that will break down the tar, nicotine and smoke residue that has been deposited on or in materials and objects. Vamoose! is a product specifically designed to do just that. It’s not intended to be a quick fix for removing smoke odors in the air. Vamoose! reacts with the source residues that have contaminated your home, cars, clothing, furniture and eliminates them.

Vamoose! can remove cigarette odor from clothing, furniture, fabrics, walls or just about any surface. It works by breaking down the odor-producing residue into inert material that no longer releases any odor. One of the strengths of Vamoose! is its ability to penetrate hard-to-reach areas that other products can’t reach. There is an ‘odd’ almost medicinal smell as it interacts with the tar residue, but that clears rather quickly (or days depending upon amount used). The long-term end result is worth the short-term smell as it interacts and breaks down residues. Bottom line, for total cigarette odor removal, you really need to get to the source.

So, because Vamoose! removes these lingering smoke odors by eliminating at the source, it’s number one on this list. All of the other products remove the odor from the environment (airborne); Vamoose! actually eliminates the problem by seeking and destroying odors at the source leaving behind a cleaner, safer and fresher environment.

The easiest way to avoid cigarette odor is to not smoke. That much is obvious. In some cases, though, exposure is unavoidable. All of the products listed above are fine for removing the odor of cigarettes from the air. If someone’s had a cigarette in your house or car, they’ll all work well.

However, in cases where something you own has been exposed to a lot of smoke, it isn’t enough. If you’ve been in a smoky room for hours, your clothes will have picked up the smell, and the dangerous chemicals. If you’ve bought a car, or house, from someone who smoked, just clearing the air is not enough. You need some way of getting to the residue and destroying the tars that smoking has laid down. In that case, you need a product that attacks the source of the odor.

Only Vamoose! can really remove smoke odor from clothes, sofas, carpets, furnishings and fabrics within your home, car or even a hotel room. Given the health risks associated with third-hand smoke, Vamoose! makes sense as the number one cigarette odor remover. Only by getting to the heart of the matter can you prevent the smell, and protect your health.

FREE SHIPPING ON ALL VAMOOSE! PRODUCTS (USA Only) 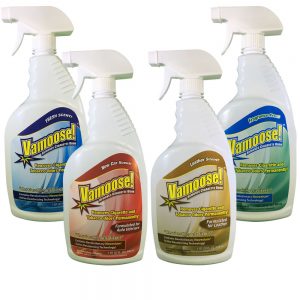 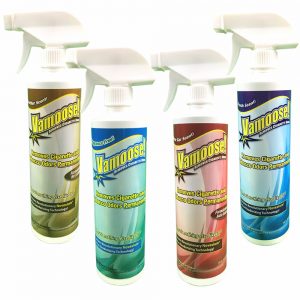 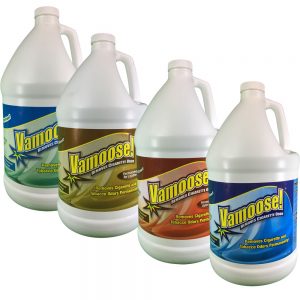 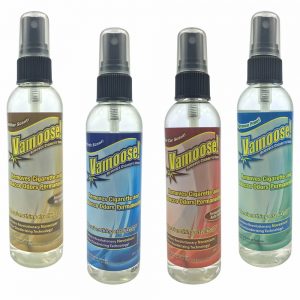 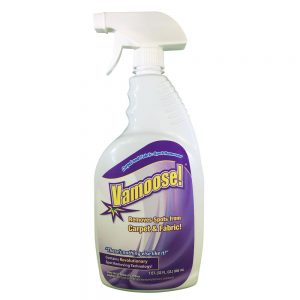 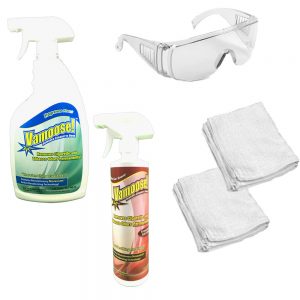 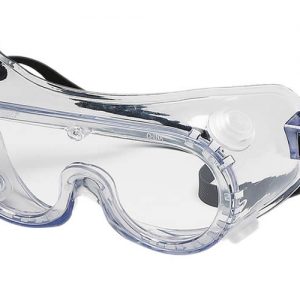 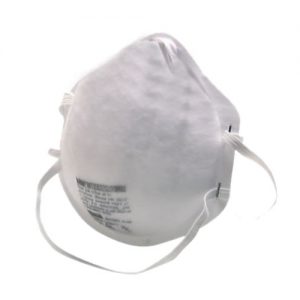